THE Stone Teases Autos OF ; Incensed 8 ; Including Nissan IDX Idea 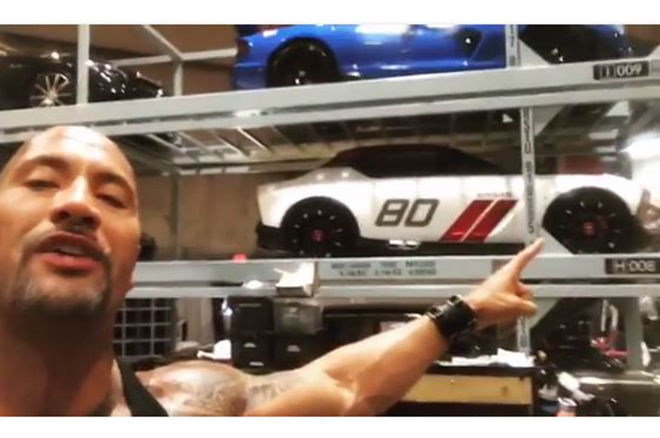 Throughout the weekend, Dwayne "The Stone" Johnson transferred a video to his Instagram account, flaunting new autos that will be highlighted in the most recent portion of the Quick and Irate establishment, "Angry 8."
Not long ago, Vin Diesel took to Facebook to tease a notice that formally uncovered the April 14, 2017 discharge date and the inscription, "New Streets Ahead," which may flag another course for the film.
The Stone begins the video by reporting that it's opening weekend for his new motion picture, "Focal Insight," and expressing gratitude toward fans for their backing and the overwhelming applauses from the East Drift group of onlookers.
In any case, makes this clasp fascinating that The Stone is on set for "Angry 8," and his setting is the choice of vehicles that will be included in the new film.
"So we have a $2 million model Nissan, we have the speediest snake on the planet, we have an O.G. Biscayne, that is my style. We got Lamborghinis here, we got Ferraris hanging up, however who cares at all, since I don't' fit in these autos in any case," said The Stone while strolling around the set carport.
That Nissan model, obviously, is the IDx idea from 2013.
The minimized, back drive lively roadster was said to review a generation opponent to the Subaru BRZ and Toyota 86, yet last we heard arrangements for such a model had been racked.
Despite the fact that that makes us wonder what the idea is doing on the arrangement of the new Quick and Incensed film, there's no denying we'd affection to see it in real life on the extra large screen.
Look at the video beneath to see a large portion of the autos that will probably be highlighted in the up and coming eighth portion of the prevalent Quick and Enraged establishment.
Baca Juga :